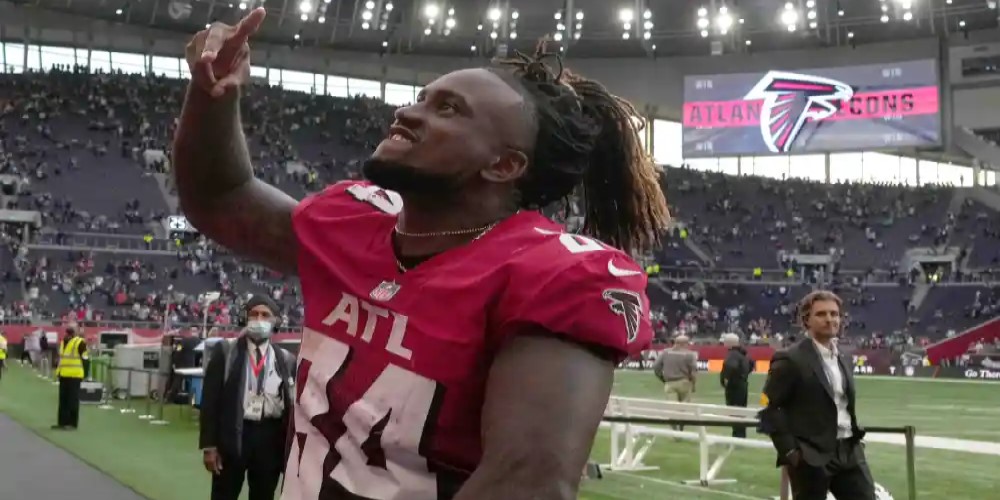 ATLANTA - Cordarrelle Patterson has excelled in 2021, finally becoming the hybrid WR/RB it was long theorized that he could be.

In five games, Patterson has put up 173 yards on the ground to go along with 295 air yards, averaging almost 100 scrimmage yards per game.

Patterson’s Atlanta Falcons face off against a woeful Miami Dolphins team that is fresh off of a devastating loss to the Jacksonville Jaguars.

The game kicks off on Sunday at 1:00 p.m. EST and will be broadcast on FOX.

Patterson is averaging 34.6 rush yards per game, so this O/U is far from unrealistic.

That said, he has had only two out of his five games end with more than 35.5 rushing yards, as he is limited in terms of carries.

The Dolphins are giving up an average of 125.3 rushing yards per game, which is 22nd in the league.

It’s worth considering that Patterson is in a timeshare with Mike Davis in the Atlanta backfield, but this weak Miami run defense should allow him to make the most of his opportunities with the ball.

Patterson is averaging almost 60 receiving yards per game, which is well above where his O/U is set.

He’s only had one game this season with less than 40.5 receiving yards - his first game, before he truly broke out in his new role.

Since that time, Patterson’s lowest receiving yard total has been 58 yards, which he achieved in his second game of the season.

Miami has given up 292.5 yards per game against the pass this season, making them 29th in the league. Patterson is averaging five catches per game and will have the opportunity to make a mark in his pass game against this defense.

Patterson has O/Us that are set lower than his season averages and is playing against a defense that is worse than the NFL average.

NFL betting fans can interpret this as the sportsbooks doubting Patterson’s current production, or as juicy lines that can be jumped on.