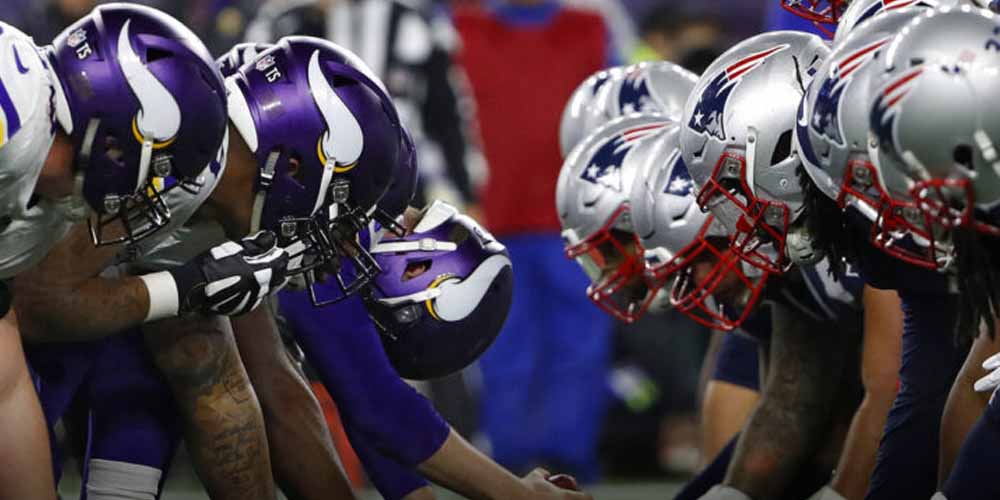 MINNEAPOLIS – The Thanksgiving slate of games will come to an end with a matchup between the Minnesota Vikings and New England Patriots where oddsmakers have the Vikings as a 3-point favorite despite the Patriots hot hand against the spread in recent games.

It isn’t hard to see why NFL online betting sites are favoring the Vikings to win given their 8-2 record which includes winning seven of their last eight games while the Patriots are four games behind them at a 6-4 record. However, New England has really picked up some heat in their last six games having won five of them which could point to value coming in on their odds.

Betting Against the Spread

Although the Vikings are the better team on paper, the Patriots odds to cover the spread are favored being that they not only have won five of their last six games, but have covered the spread in each of those wins as well.

Since 2014, the Patriots have faced an underdog spread of 2-3 points on the road five times and have gone 4-1 ATS. One eye-opening stat is that New England has an average cover margin of +7.3 points this season when seen as an away team underdog.

On the other hand, the Vikings have seen a different outcome in their last five games as a 2-3 point favorite at home with a 2-3 ATS record. Also, the Vikings and Patriots have met each other seven times since 1997 and the Pats have gone 4-3 ATS in those games.

Betting On the Point Total

This has a chance to be one of the lower-scoring games of the day being that the Patriots defense has been elite all season allowing just 16.9 ppg to opponents and can certainly contain the Vikings.