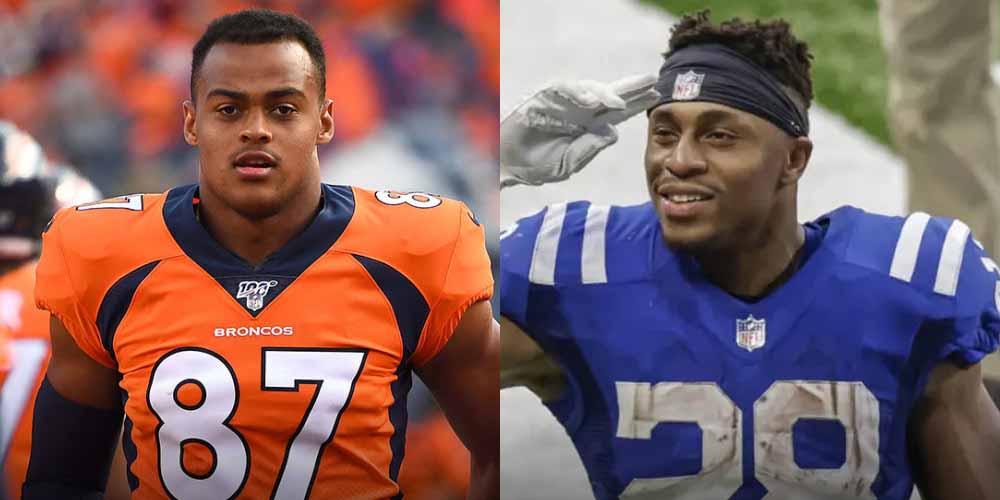 LAS VEGAS - Often player props are the most exploitable lines each week and Week 2 is no different.

With Jeudy absent for the next few weeks, he should be seeing a consistent workload as the safety valve.

The Denver Broncos receiving core was already kind of weak, but the recent injury should open up plenty of opportunities for Fant to hit this total.

Jonathan Taylor is the focal point of the Indianapolis Colts offense and should see a big enough workload to reach his rushing total in Week 2 against the Los Angeles Rams.

Sports betting sites may not have set the total at nearly a high enough spot.

Taylor hit this mark in each of the last seven games of his rookie season. While he didn’t hit this mark in the season opener, the team should realize quickly they’re better when he gets more touches.

As long as the game isn’t a blowout, Taylor shouldn’t have too tough of a time reaching 63 yards.

Bryan Edwards was a popular pick to be a breakout fantasy football player and despite seeing just one target for the majority of the Monday Night Football game against the Baltimore Ravens.

He finished with four catches for 81 yards in Week 1.

Edwards led all of the Las Vegas Raiders in snap count and given his production late in the game, the team should put more of an emphasis on getting him involved in Week 2.

Edwards could be a person to keep an eye on for player pops for a while as if he keeps performing could see his totals start to raise.