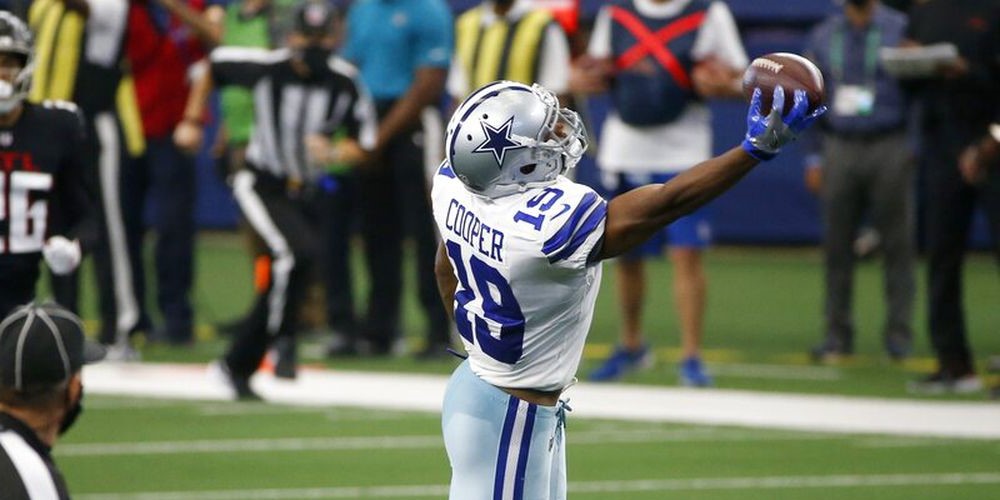 LAS VEGAS — The NFL preseason is just under two weeks away and NFL sportsbooks are seeing action on which receiver will lead the league in yards this season.

Before betting on the favorite in Calvin Ridley, there are some receivers with longer odds to consider.

Most Receiving Yards – Odds To Win

Despite any mixed feelings about any Dallas Cowboys players after the mediocracy they showed in 2020, in the four games they played with Dak Prescott, Amari Cooper was pacing the league.

Cooper was on pace for a career year as he went for over 80 yards a game totaling 401 yards. As soon as Prescott went down, he went on to finish the season only having four more games over 80 yards finishing the season with 1,114 yards - the second-lowest total of the four fully healthy seasons that he has played.

With Dak now fully recovered, expect Amari Cooper to come out of the gates swinging in the 2021 season again despite being found at the bottom of the NFL odds box.

Terry McLaurin is a player that does not get as much recognition as he deserves, especially in the upcoming season with Ryan Fitzpatrick lining up under center for the Washington Football Team.

Even without an efficient quarterback last season, McLaurin was able to finish as WR13 in terms of receiving yards (1,118 yards). Knowing this, taking Terry McLaurin’s odds before they get any shorter is wise.

Allen was having a tremendous season when Justin Herbert took over at quarterback and until he was forced to miss the last two games. Now that Allen is coming back fully healthy to start the season and Herbert expected to take a major second-year leap Allen could be in line for a career season.

The Los Angeles Chargers have completely revamped their offensive line which should leave more time for both Herbert and Allen to get off quality connections.

Parting ways with starting tight end, Hunter Henry, the Chargers will be forced to promote Mike Williams at the second receiving spot. Williams though has only played one fully healthy season in his career which means Allen would get the majority of the targets per usual.

If Allen could continue to showcase his chemistry with Justin Herbert, there is no stopping what he can do this season.