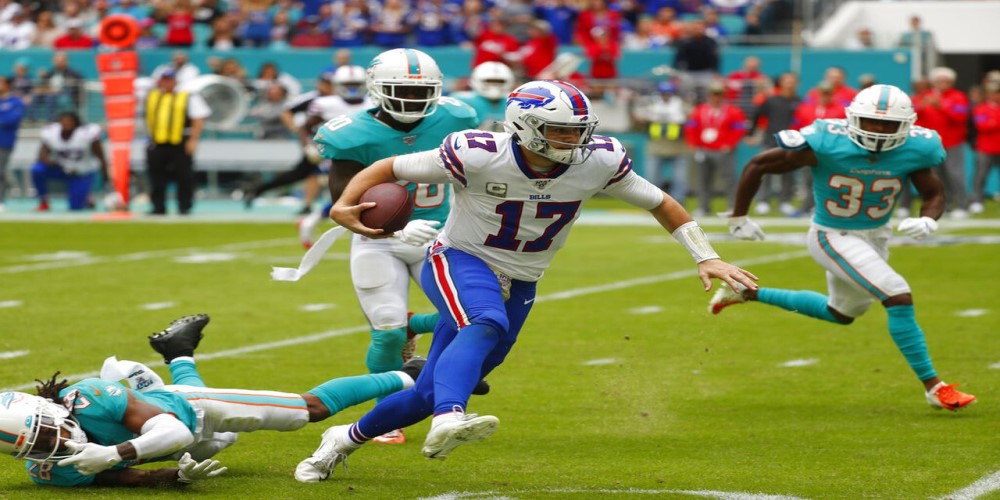 MIAMI - Betting lines for the second week of the NFL season are now available and some lines look a bit more interesting than others.

The Buffalo Bills were on the wrong side of one of the bigger upsets in Week 1 and will travel to take on the Miami Dolphins in Week 2. NFL betting sites have the Bills as favorites despite their disappointing season-opener.

The Dolphins looked alright against the New England Patriots in Week 1 but would’ve lost if Damien Harris didn’t fumble in the Redzone on the final drive. Miami was outgained by about 150 yards, had fewer first downs, fewer yards per play, and 13 fewer minutes of time of possession. The Bills, despite losing, were the opposite.

Take the team who actually outplayed their opponent in the first week and in this case, it’s the Buffalo Bills regardless of what the win column says.

The Chicago Bears only allowed 4.4 yards per carry to Darrell Henderson and will now have to face the Cincinnati Bengals and Joe Mixon, who just recorded 127 yards on the ground in Week 1. Sports betting sites label the Bears as favorites for this matchup.

The Bears’ identity, for as long as Andy Dalton is the quarterback, is to run the football. Considering the Bengals just held Dalvin Cook to 61 yards on 20 carries, Chicago may struggle to establish a run game against Cincy. There’s a case to be made that the Bengals should be the favorites despite being on the road for this one.

The New Orleans Saints were one of the biggest surprises of Week 1 in their dominant performance against the Green Bay Packers. However, the team is not favored as much as one may expect in their Week 2 matchup against the Carolina Panthers.

While the Panthers barely beat a team at home with a rookie quarterback and first-time head coach, the Saints demolished the reigning MVP in a statement game. The odds seem to suggest Week 1 was a fluke, but Jameis Winston’s MVP odds also dropped from +4000 to +2800 after the game, so which one is it?

The Kansas City Chiefs and Baltimore Ravens game is the only game without available betting lines but the Dallas Cowboys and Los Angeles Chargers currently have the highest total set for their game by sportsbooks.

Both the Chargers and Cowboys played what is thought to be two of the top defenses in the NFL in Week 1 and faired pretty well.

The Cowboys tallied 29 points against Tampa Bay while the Chargers put up 20 points against Washington. Los Angeles also had two Redzone turnovers that could’ve seen their point total raise significantly. Although the total is high, it may not be high enough.