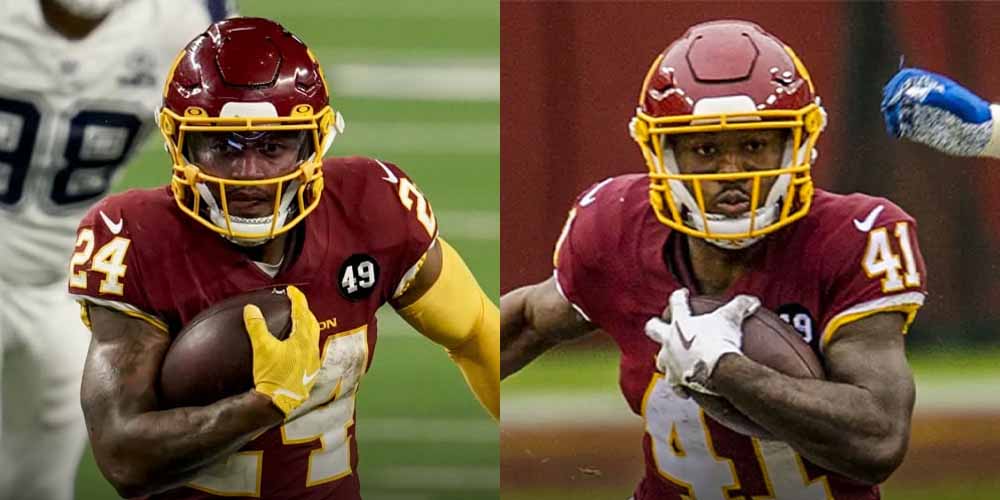 WASHINGTON - Antonio Gibson has maintained his hold on the Washington Football Team backfield despite a shin fracture that has him in pain weekly. Gibson began preparation for Monday’s game listed as limited in practice on Thursday, as he has most weeks, but will enter the game without an injury designation.

His backup, J.D. McKissic, has been electric in certain spots and is a danger both on the ground and in the air. However, McKissic has not carried the ball more than eight times in a game this season, while Gibson’s lowest number of carries in a game is eight.

Gibson is fresh off of a 19 carry, 95-yard performance against the Carolina Panthers, his best yardage total of the season.

In Washington’s 10 games, Gibson has gone over 67.5 yards only three times. However, he’s been very close to that number multiple times - he has games of 63, 60 and 64 yards on his resume this season.

Seattle’s defense has given up the ninth-most rushing yards per game at 122, which should put Gibson in range to hit this over.

The question for NFL betting fans could be how many yards McKissic manages to vulture from Gibson on third downs and other situations that call for versatility over power.

McKissic’s yards O/U is actually fairly low in the context of how bad Seattle’s defense has been.

With the Seahawks giving up 122 yards per game, the two Washington RBs O/U lines add up to only 87 yards in the game.

McKissic has gone over 19.5 rushing yards four times this year, although it’s worth noting that three of them have come in the last five weeks, as he’s taken on a bigger role after Gibson’s injury.

Still, it seems like the Seahawks are a bad enough defense that there’s plenty of room for both of these backs to have a good game on Monday night.

The Washington Football Team faces off against the Seattle Seahawks on Monday Night Football, which is broadcast on ESPN. The game kicks off at 8:15 p.m. EST.