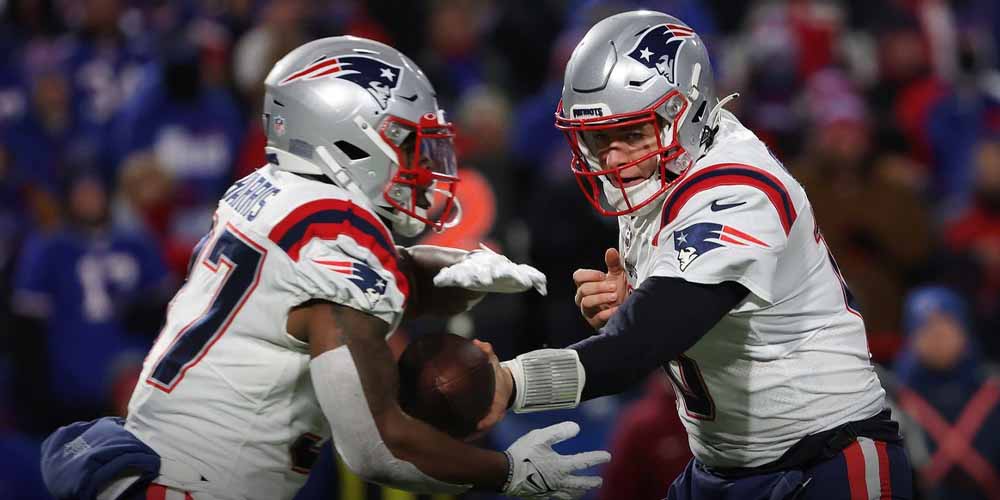 BOSTON – The New England Patriots are without a doubt the hottest team in the NFL right now. They are currently on a seven-game winning streak and have one of the best records against the spread (9-4) and are winning their games by an average of 11.5 points.

With the Patriots streaking, NFL betting sites were quick to action and have shifted all of their odds across the board.

With their win over their division rivals, Buffalo Bills on Week 13 of Monday Night Football, the Pats are now the heavy favorites to win the AFC East at -225 odds.

Before their most recent win, the Patriots' odds to win the division were even at +100.

The Patriots Super Bowl odds saw a massive jump and have continued to grow shorter. Going into Week 13, their odds were listed at +900 and were the sixth shortest odds to win Super Bowl LVI.

Afterward, they skyrocketed to +650 which is now the second shortest odds.

Their AFC Championship odds were at +400 odds going into the week and now sit at +325 - the second shortest odds in the conference. The Patriots only sit behind the Kansas City Chiefs but own the best record in the AFC at 9-4.

The Patriots' odds should be taken seriously and fast as they have the seventh easiest remaining schedule this season with their opponents combining for a 22-28 record and their odds are sure to continue shortening.