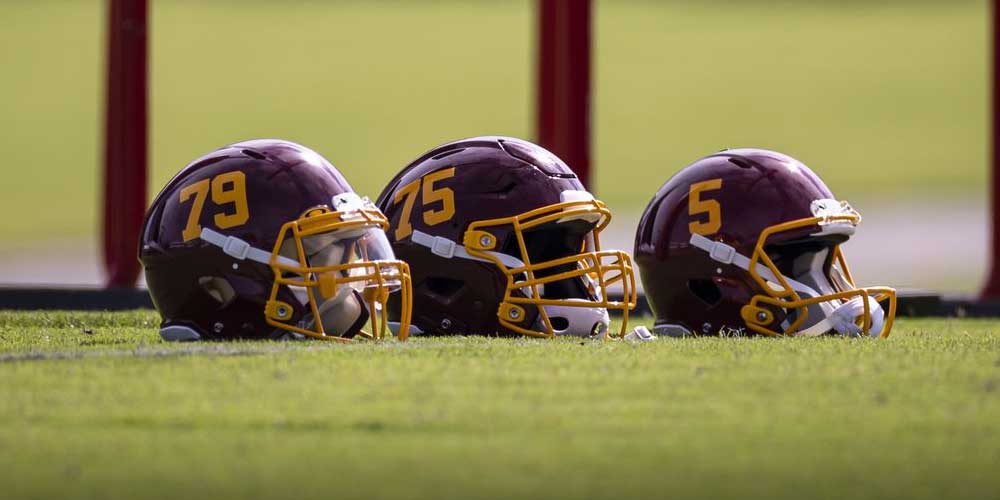 WASHINGTON – The Washington Football Team is in a weird spot heading into the 2021-2022 NFL season. With Ryan Fitzpatrick under center, the team isn’t necessarily expected to do well but could find themselves in the playoffs since the NFC East is so uncompetitive.

With the NFL adding an extra game to the season, there’s no longer the possibility to have a .500 season without a tie. However, the Washington Football Team is projected to run the line as close as possible in the upcoming season by NFL betting sites.

Washington will have Ryan Fitzpatrick running the offense this season as they also added Curtis Samuel and Adam Humphries to the receiver room to run alongside Terry McLaurin.

Regardless of who’s on the offensive side of the ball, the defense should be the driving force behind the team’s success.

Given the win total is set at 8.5 wins, it’s fair to assume that Washington will not make the playoffs, but it’s never that simple in the NFL. The NFC East is such a mess that theoretically nine wins could be enough to win the division and secure a playoff spot.

The Football Team made the playoffs last season by winning the division, largely due to allowing just 304.6 yards per game which was second-best in the NFL. Even if the defense matches last year's output, it’s tough to see the team’s record improving too much from last season due to the lackluster offensive product.

With that said, anybody betting on the NFL that wants to side with Washington making the playoffs can do so in a different spot without adding too much risk but adding some value.