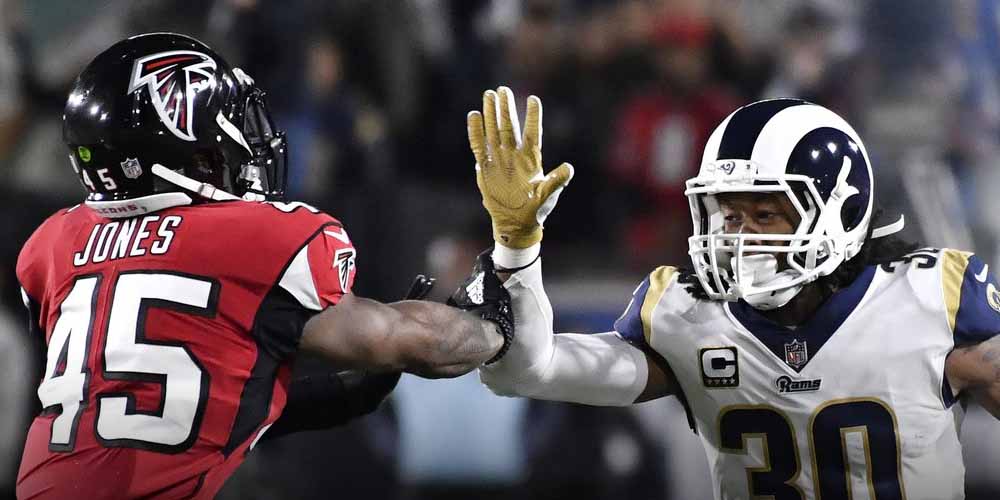 LOS ANGELES – The Los Angeles Rams have the honor of being one of the first double-digit favorites of the season in Week 2 when they host the Atlanta Falcons. Both teams are coming off of a loss in Week 1 and looking to get back on track in Week 2.

While the LA Rams odds are heavily favored to win, they could find some trouble in covering the spread as the Falcons have been one of the better teams when being a double-digit underdog. In their last five games as an underdog between 10 and 11 points on the road, the Falcons have gone 5-0 ATS, however, they stay true to the moneyline having gone 1-4 S/U.

On the Rams side, they have trended in the wrong direction having gone 2-6 ATS in their last eight games overall and 1-4 in their last five games going in as the favorite. They’ve also stayed true to the moneyline as NFL betting sites have listed them as a 10+ point favorite seven times since 2002 and they’ve gone 7-0 S/U in those games.

At 47.5 points on the total, many might think it is low enough to take the over, however, both teams have shown that the under is more likely. Atlanta has stayed under the point total in seven of their last ten games while LA has gone 4-1 with the under in their last five.

It is also worth noting that both teams lost in Week 1 and following losses straight up since 2017, the Rams have gone 16-10 with the under while Atlanta has gone 20-24.