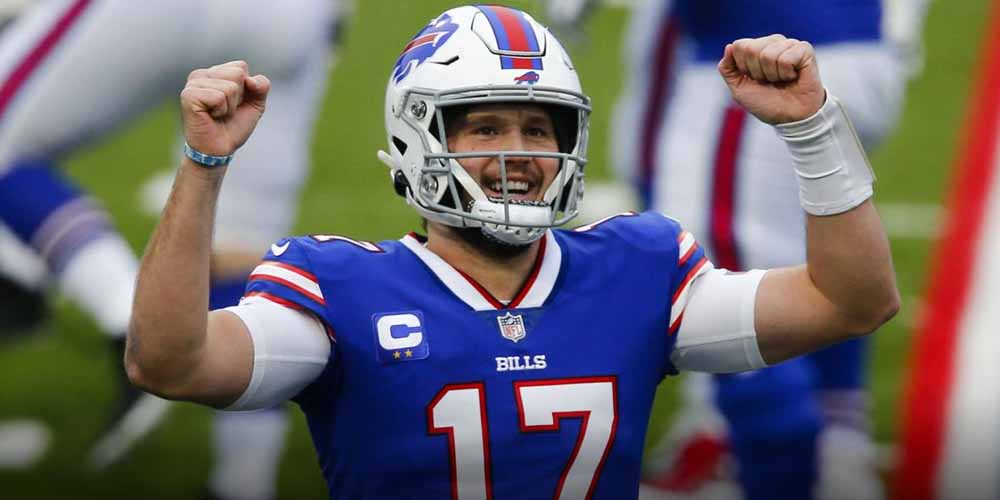 LAS VEGAS – There is seemingly a new betting favorite to win MVP after every week of games. After the conclusion of Week 5, Josh Allen has become the newest player to have the shortest odds.

Last week it was Kyler Murray, the week before it was Matthew Stafford, Patrick Mahomes opened the year as the favorite and now it’s Josh Allen’s turn to have the shortest odds on NFL betting sites.

Allen is currently leading the NFL’s highest-scoring offense and what seems to be the league’s most impressive team following their win over the Kansas City Chiefs. However, Allen isn’t inside the top five in passing yards or passer rating and is only tied for fifth in passing touchdown.

Allen’s odds probably won’t get much longer anytime soon as the Buffalo Bills have the Titans, Dolphins, Jaguars, and Jets coming up over the next four weeks.

Can Justin Herbert Continue To Close The Gap?

If Herbert were to keep up this pace, it’d be tough to give Allen the nod over him, assuming their team’s records are mildly similar. The NFL MVP award has always been determined by stats and record as opposed to who’s actually the most valuable piece to the team, which gives Herbert a better chance at winning the award.

Patrick Mahomes was the preseason favorite and entered the season with the shortest odds to win MVP, however, a 2-3 start to the season and sole possession of last place in the division has seen Mahomes’ odds shorten to +1600.

Most sports betting sites have been cautious on making the Kansas City Chiefs underdogs to win their division, but haven’t hesitated to drop Mahomes on the MVP odds board.

Kansas City does have one of the hardest remaining schedules in the league, but if Mahomes can lead his team to the playoffs with a record in the range of 12-5 to 13-4, he could very well be back in contention. Given his +1600 odds, this could be the time to bet on him.