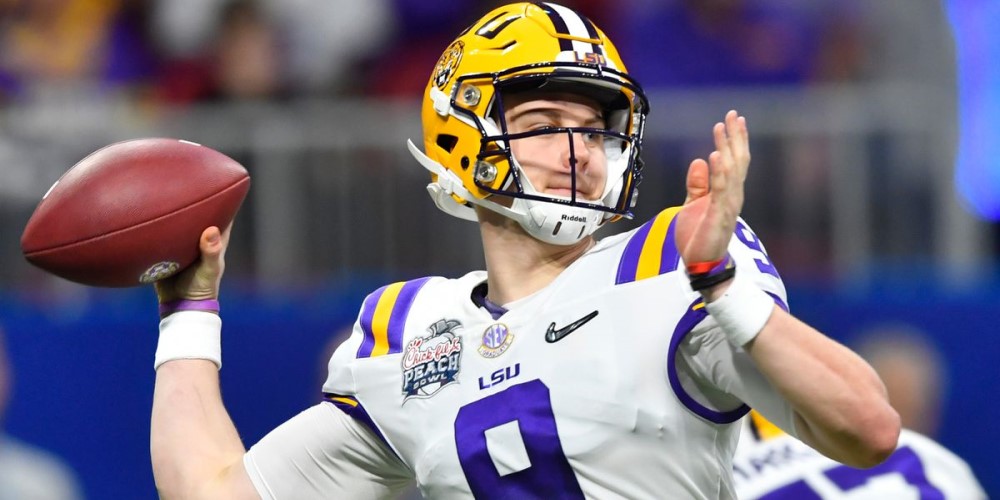 LAS VEGAS – With less than 10 weeks until the first pick of the 2020 NFL Draft is selected, oddsmakers are releasing prop bets on the NFL Draft.

While the topics range in variety, the majority of them circle back to the most-talked-about position in football: the quarterbacks.

The Cincinnati Bengals own the first selection to which many believe they will look to replace Andy Dalton by picking LSU Tiger and reigning Heisman Trophy winner Joe Burrow.

Still, players such as Chase Young could impress the Bengals enough to have them skip out on Burrow, but an “unbelievable” move like this hasn’t been seen since 2006 when the Houston Texans drafted Mario Williams over Reggie Bush.

Either way, this wager seems rather expensive for most sports bettors looking to have some fun betting on the NFL. Instead, sports bettors can access a few other prop bets that seem to formulate around Alabama Crimson Tide quarterback Tua Tagovailoa.

As Tagovailoa has been reported with a positive CT scan the Miami Dolphins seem adamant on selecting the Bama play-caller.

Still, there are a variety of teams that are picking right after the Dolphins that could make a run to beat them to the punch. With teams like the LA Chargers and Carolina Panthers directly behind them, oddsmakers are questioning whether any team will jump the Dolphins to draft Tua.

The sportsbooks are favoring no (-300) but it wouldn’t be a shock to see a team beat out the Dolphins for Tua (-300). In order for this bet to be true, a team would have to jump the Dolphins, not just select the quarterback before them.

The online sportsbooks seem to be favoring the “no” selection as there are a handful of quality quarterbacks in this year’s draft.

Names such as Justin Herbert (University of Oregon) and Jordan Love (Utah State University) are also projected to go in the first round. While Burrow is the clear leader, oddsmakers still pose the question as to whether or not Tua is the second quarterback taken off the board.

Tagovailoa (-250) is the favorite to be the second quarterback taken, while Justin Herbert (+200) is slightly behind. As for Love, he comes in with odds of +500 but shouldn’t be thrown by the wayside.

Oftentimes, NFL teams are quick to select a quarterback off the board quicker than anticipated. Though there are countless examples of this, even last year’s NFL Draft proved this to be true, with Daniel Jones being taken before Dwayne Haskins.

In short, the number of available prop bets on the NFL Draft are not few and far between. As state-licensed sportsbooks will not offer these odds, the only hope for NFL bettors is to turn to the online sportsbooks that engage in this style of NFL betting.

If betting on Tua seems too risky, bettors can always look into betting on Jalen Hurts – the quarterback Tagovailoa replaced at Alabama. Hurts is projected to be a player who could be selected as early as the first round or fall into the second day of action.

Either way, for Hurts to be drafted in the first two rounds (-110), bettors would see a near-even return. If Hurts falls into the third round or later (-130), bettors would have to pay a little more on the front end, but it could be worthwhile as this is the favorite.

Michael has been writing about sports for over a decade and his focus on NFL betting action has followed suit. As a Baltimore Ravens fan, he has been heavily invested in the AFC North since the turn of the century. When he is not writing about football, you can find him on the beach, in a casino, or at a bowling alley.