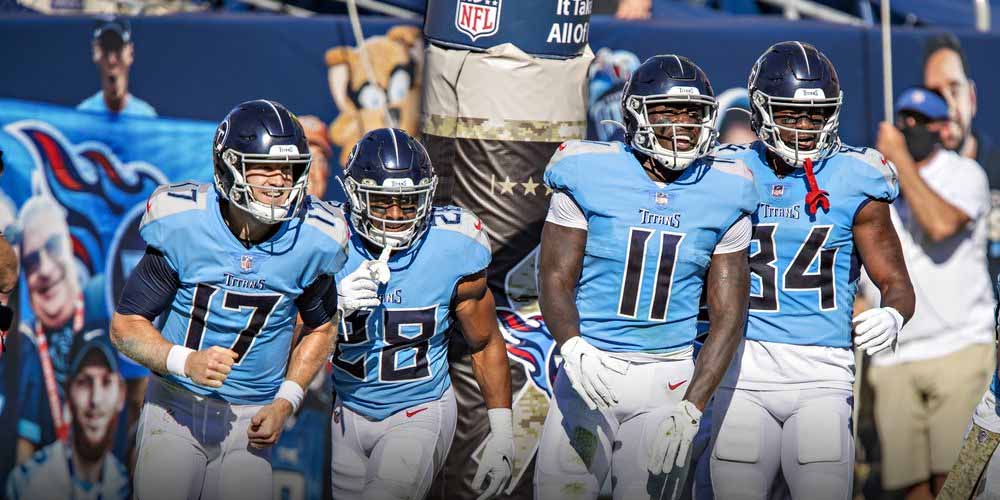 LAS VEGAS – The NFL divisional odds are fickle and vary heavily on a week-to-week basis. After the most recent games, the odds have seen a lot of movement once again.

The AFC South has been thought to be a two-team race between the Tennessee Titans and Indianapolis Colts since the offseason. Now, NFL betting sites have seemingly established the Titans as the runaway favorites.

The Titans are now the biggest favorite in any division of the NFL following their Week 3 win over the Colts. Currently, Tennessee is the only team in the division with a winning record, as well as the only team with a win on the road. Given their competition, their betting line makes sense.

The AFC North is one of just two divisions, along with the NFC West, to have a favorite with plus-money value. However, the biggest story of the week in the division is just how far the Pittsburgh Steelers have fallen with online sportsbooks.

Pittsburgh was +450 prior to the week but now sits as the longest shot in the division. Things don’t seem in line to get any better for the Steelers as they were given the toughest strength of schedule this season.

Over the last two weeks, the Buffalo Bills have been as dominant as any team in the league. They’re tied with the largest point differential and have seen their odds shorten significantly in response.

Buffalo was -220 a week ago and will likely see their odds shorten again next week after they beat the Houston Texans. They’re favored by 16.5 points, the largest spread to this point this season. Also, the New York Jets are the longest shot to win the division of any team.

New York has the worst point differential in the NFL and has scored just 20 points through three weeks, the fewest in the league by a significant margin.

NFC North: Packers And Bears Move In Opposite Directions

The Green Bay Packers had a -220 line to win the NFC North a week ago while the Chicago Bears were the second choice at +400. After the third week of NFL games, that has changed.

The Bears had one of the worst offensive performances in the history of the NFL and netted just one passing yard for the game, which is likely the reasoning behind the odds shift. Those who believe Chicago can still pull off the upset should jump on their betting line now.