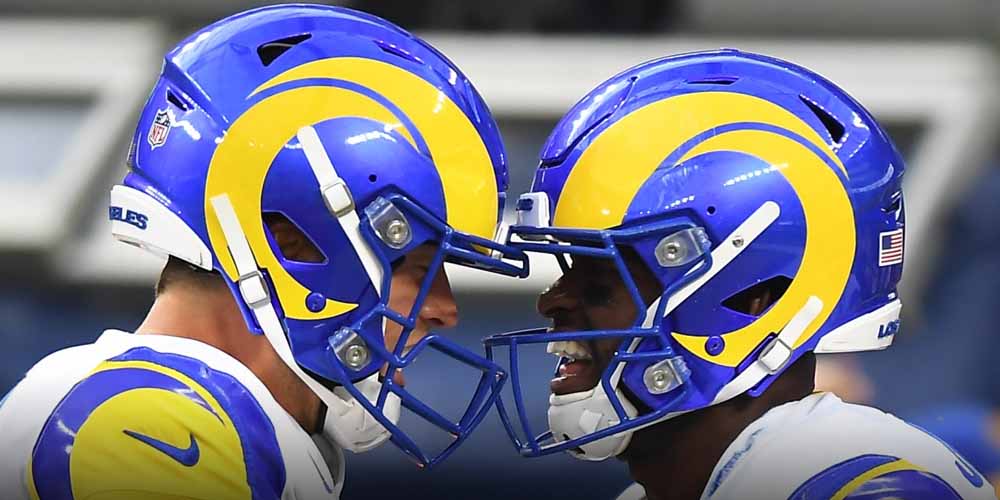 LOS ANGELES – There is no doubt that the Los Angeles Rams have loads of talent on both sides of the ball as they have improved their offense by adding Matthew Stafford under center, and have allowed their defense to continue building chemistry.

With that, their Super Bowl odds are amongst the favorites and rightfully so, however, there is reason to believe that the Rams will not be winning Super Bowl 56.

The LA Rams addition of Matthew Stafford was one of the biggest moves in the 2021 NFL offseason, as he is a sure upgrade from their former quarterback, Jared Goff. Stafford is one of the elite quarterbacks in the league, as he has thrown for over 45,000 yards and 282 touchdowns in his 12-year career.

However, aside from his impressive resume, he could be the one that holds back the Rams from winning the Super Bowl due to his lack of playoff experience.

Dating back to his rookie season in 2009, Stafford has only been to the playoffs three times, and each one of those appearances was cut short in the Wild Card Round.

This is also his first season with the team and he does not have the chemistry with his offense yet that other contending quarterbacks around the NFL might have.

For the Rams to potentially have a nice run in the playoffs, they need to make it out of their division first. The NFC West is easily the toughest division in the NFL and they backed that statement up in Week 1 as all four teams took home wins.

It is safe to say that the Arizona Cardinals, Seattle Seahawks, and San Francisco 49ers all match up evenly with the Rams on both offense and defense, and the fact that they all play each other twice a season does not help strengthen Los Angeles' case to win the Super Bowl.

The Rams last made the Super Bowl back in 2018 after going 13-3 on the season. However, their outing was one to forget as they only managed to score three points on the NFL’s biggest stage and suffered a devastating loss.

Since 2018, the Rams have only been back to the playoffs once in 2020, where they lost in the divisional round to the Green Bay Packers.

On that 2018 team were current players, Cooper Kupp, Aaron Donald, Robert Woods, Tyler Higbee, among others. It seems as if these players have still not recovered from that awful loss which has caused them to choke in important moments throughout the regular season.

All in all, if the Rams cannot take advantage of a fresh new quarterback under center and leave all of their mistakes in the past, their window to win a Super Bowl could close this season before it even opens.