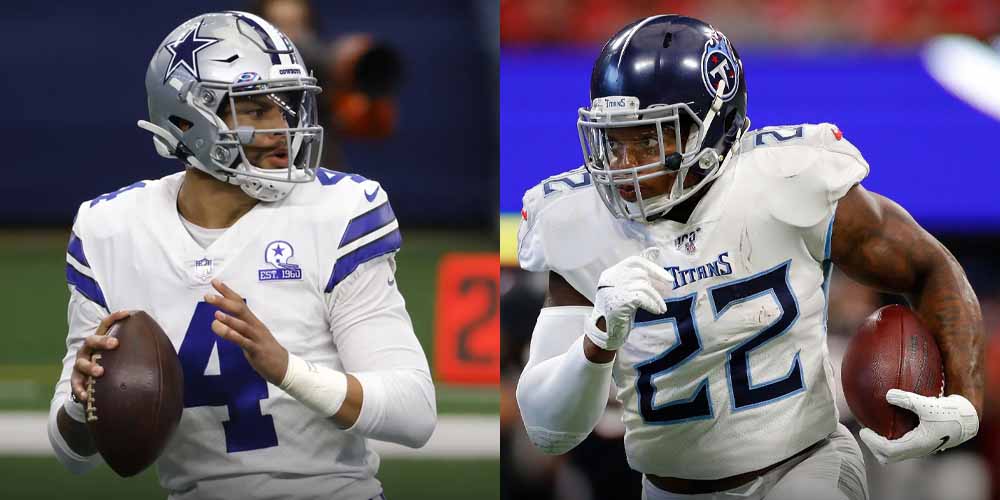 DALLAS – Dak Prescott and Derrick Henry have become two players among the favorites to win the coveted NFL MVP award. However, neither may be worth betting on yet.

NFL betting sites have made Dak Prescott the third choice on the MVP odds board after Week 6. However, there’s fair reason to believe he’s being overvalued at this point in the season.

Brady also has an easier remaining strength of schedule than Prescott. Not only does Prescott have worse numbers than someone below him in odds, but that same player has an easier schedule for the rest of the season.

Can Derrick Henry Win MVP As A Running Back?

The NFL MVP award almost always goes to a quarterback. A QB has won the award in 13 of the last 14 seasons including in each of the past eight years. In the past 21 seasons, every running back that has won the MVP has had a historic season.

Derrick Henry is on pace for 2,218 rushing yards this season but may need the NFL’s new 17th game to reach the record-breaking mark. If there was no extra game this season, Henry would fall about 17 yards short of the record.

It’s anybody’s guess as to how voters will value a record set due to needing an extra game, but Eric Dickerson didn’t win MVP when setting the all-time single-season rushing record, potentially due to the previous record-holder, O.J. Simpson, setting the record in 14 games as opposed to 16.

Simply put, those betting on the NFL should avoid betting on running backs to win the MVP award as there are too many question marks around it.