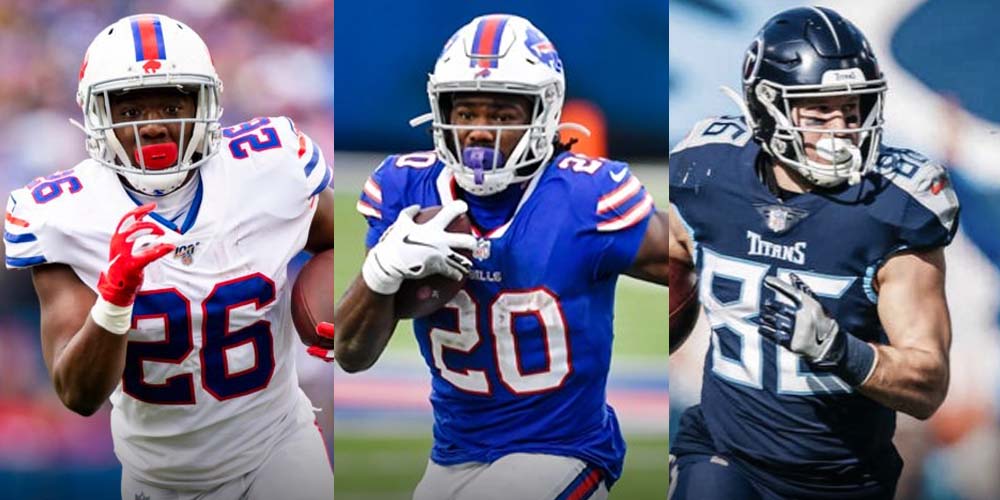 NASHVILLE, Tenn. – The Tennessee Titans and Buffalo Bills will conclude Week 6 of the NFL season on Monday night. Buffalo is favored but player props may be where the real value is.

Devin Singletary may be starting to lose more touches to Zack Moss, but he’s not out of the rotation quite yet. NFL betting sites have set his total at 28.5 rushing yards, but he could easily go well north of it.

Singletary has hit this number in three of his five games, but he has a very high floor. His lowest rushing yards total in a game is 25 yards. He’s 10th in the NFL in yards per carry at 5.2 and is averaging 56.8 yards per game. Even with a lower number of touches, Singletary does not need much volume to hit 30+ yards.

Moss has combined to gain 61 or more yards in the rushing and passing game in three of his four games this season. As the primary receiving back in the offense, his chances of hitting this total become exponentially better.

The Tennessee Titans allow an average of 95.2 rushing yards and 32.3 receiving yards per game to opposing running backs. Assuming Moss’ role expands or remains the same, he shouldn’t have much of an issue reaching this number.

Anthony Firkser has had three receptions in every game this season and has favorable odds to do so again.

Those betting on the NFL should note the Buffalo Bills allow an average of 4.0 receptions to tight ends each game and with Firkser as the top tight end on the team, he should get enough volume to have a chance at this total.

ESPN will have coverage of the game starting at 8:15 p.m. EST.