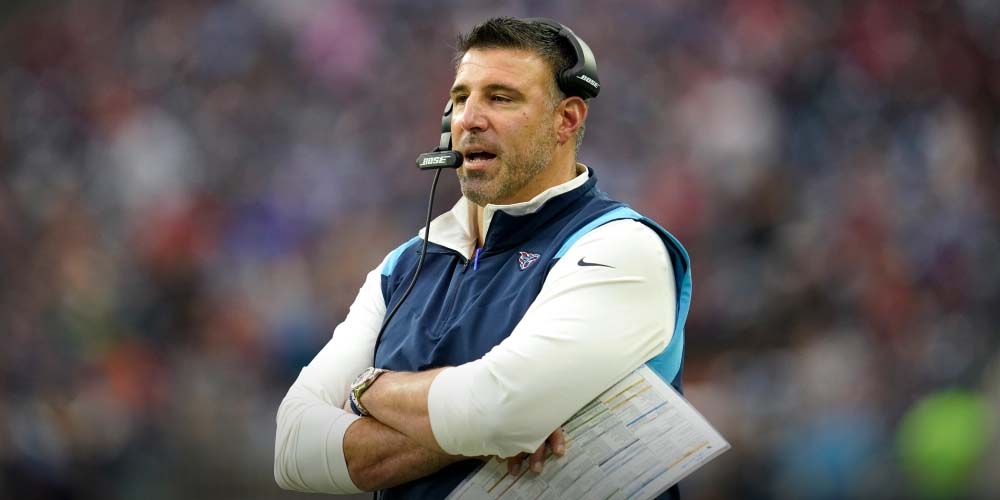 NASHVILLE, Tenn. – With the NFL regular season now over it is time to start looking at the odds for the Coach of the Year. One thing to note is that there has been a major shift in the odds being that Tennessee Titans coach, Mike Vrabel, has jumped Cincinnati Bengals coach, Zac Taylor, for the shortest odds.

Looking back at the odds heading into Week 18 of the regular season, NFL sportsbooks had Taylor listed as the favorite to win the award with +160 odds while Vrabel had +350 odds.

NFL Coach Of The Year Odds

What Caused The Jump?

While there is no taking away what Zac Taylor has done as the Cincinnati Bengals coach this season, Mike Vrabel has done the impossible and clinched the top-seed in the AFC despite losing their best player.

In Week 8 of the season, the Titans were sitting with a 6-2 record while Derrick Henry was the leading running back in the league across every category. However, Henry suffered a foot injury which forced him to miss the rest of the season. In the nine remaining games the Titans had in the regular season, they finished an impressive 6-3 without their superstar.

While Zac Taylor improved the Bengals record from 4-11 to 10-7, he did this with a fully healthy team. Many were quick to count the Titans out after losing their star and they proved every doubter wrong.

With that, Vrabel’s odds offer tremendous value and should be taken before the odds are pulled.