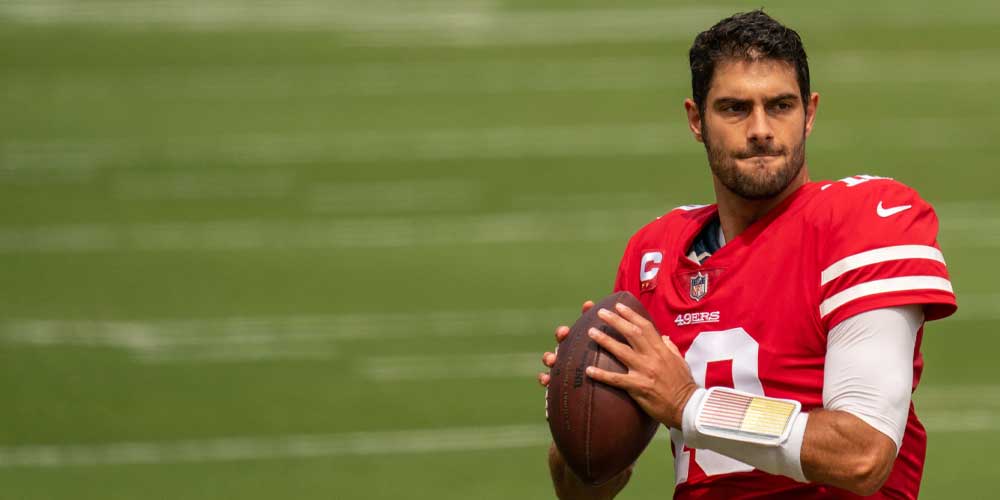 SAN FRANCISCO - After the San Francisco 49ers made one of the more interesting trades in trading up to the third overall pick in the NFL Draft, many thought that it was a move to draft a new quarterback and move on from Jimmy Garoppolo.

However, Super Bowl betting  sites are leaning in a different direction as they have Jimmy G favored to stay in San Francisco for Game 1 of the 2021 season.

Where Will Jimmy Garoppolo Play Game 1 Of The 2021 Season?

Now that Garoppolo is favored to in fact remain in San Francisco, it could shake up other NFL Draft odds on where other players get selected, specifically Penei Sewell.

Being that Jimmy G is favored to stay with the 49ers, they could look to Sewell to bulk up their offensive line and also have a star player like Trent Williams mentor Sewell as well.

They could also look to fix some holes in their defense being that they have parted ways with their starting defensive back Richard Sherman as well as linebacker Kwon Alexander. They could do so by drafting players such as Patrick Surtain at cornerback or Micha Parsons at linebacker.

Going back to Garoppolo being favored to stay with the 49ers though, the reason his odds are favoring him remaining with them could be because the asking price for him from another team has been reported. It was reported that it would take a first-round pick for the Niners to consider moving him which is way too steep of an asking price for a player that has only played one full season in his last four years.

However, anything is possible in the NFL and for those that are looking to make a longshot bet could do so with the New England Patriots as they are in desperate need of a quarterback right now and have already made the most noise in the offseason.

That being said, betting on Garoppolo to stay with the Niners or move on to the Patriots could payout bettors either way.