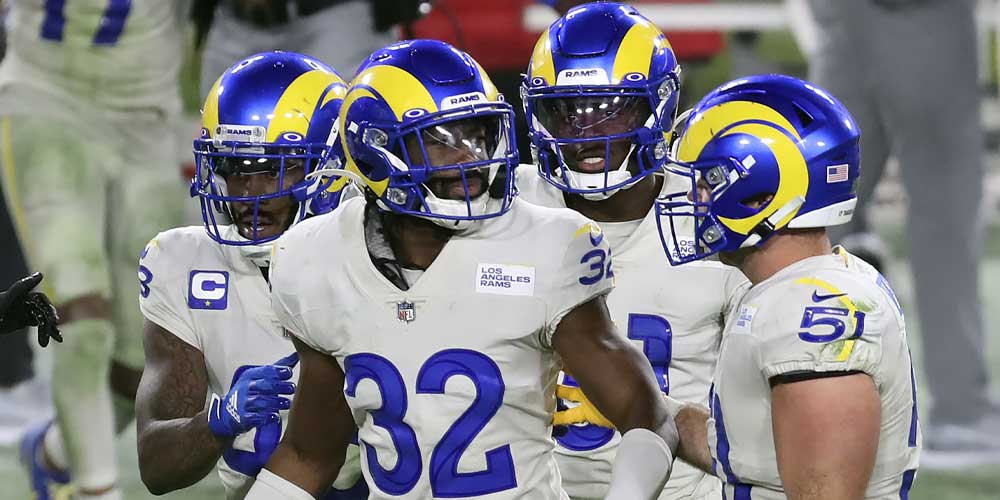 LOS ANGELES – It seems like a lifetime ago that the Los Angeles Rams were last in the Super Bowl.

Back in 2019, Sean McVay and Jared Goff were just flashes in the pan in the NFC who reached a Super Bowl only to be fed to the destiny of the New England Patriots.

That game ended with a score of 13-3, with the Rams leaving the Super Bowl empty-handed. It has only been just over a year and a half since that game, and the Rams may be planning on making a return to the biggest game in football.

The 2020 Los Angeles Rams find themselves with a 7-3 record, tied for the lead in the NFC West, and possessing one of the most dominant defenses in the NFL.

So why do Super Bowl betting sites have the Rams listed at +1200 odds to win the Super Bowl, near the likes of the Seattle Seahawks and Green Bay Packers?

Odds To Win The Super Bowl

While it is never a bad thing for a team to be on the Super Bowl betting odds board, many believe the Rams should be taken much more seriously.

The Rams are fresh off of an impressive win over the Tampa Bay Buccaneers where they forced two key turnovers and held Tom Brady to just 251 yards of total offense.

The Rams rank first in the league in opponents' yards per game allowed, averaging just 291.9 yards. The Rams defensive prowess can be largely attributed to Aaron Donald and Jalen Ramsey, who are the definitive leaders of each unit for the Rams.

Ramsey appears to be settling in extremely well, while Donald continues to be a complete problem for any opposing team, including his four-sack game nearly two weeks ago.

.@AaronDonald97 had FOUR sacks yesterday and we are not talking about it enough. pic.twitter.com/iqm95WWVka

Just because the Rams have an elite defense doesn’t mean they aren’t capable on offense.

Jared Goff, Cooper Kupp, and company might not be the biggest names in the league, but the squad ranks fifth in the league in yards per game earned, averaging just under 400 yards at 397.3.

This balance on both offense and defense has many NFL bettors wondering if now is the time to bet on the Rams for the Super Bowl.

With the current undervalue being placed on the team, it is unlikely the Rams remain on their current price for much longer.

With upcoming games against the San Francisco 49ers, Arizona Cardinals, and New England Patriots, the Rams’ odds will only shorten as the team racks up the wins.

This means there is no time like the present to capitalize.