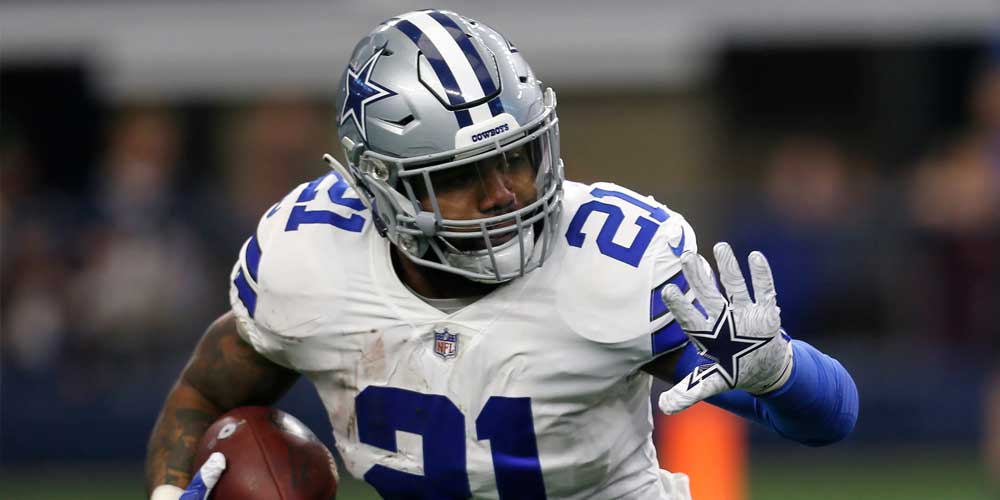 TAMPA BAY, Fla. – Ezekiel Elliott and the Cowboys visit Tom Brady and the Buccaneers in the NFC Wild Card round for a rematch of the season opener where the Bucs won 19-3.

Cowboys Feed Zeke in The Redzone

Few bets have been as consistent on NFL gambling sites as Ezekiel Elliott anytime touchdown scorer (+110) throughout the season. With a staggering 11 touchdowns in his last 10 games, Elliott has scored in 9 of those 10, cashing in big for bettors.

What makes Elliott such a consistent force in the endzone is his sky-high redzone usage. Dallas boasts the best redzone touchdown percentage in the league at 71.4%, heavily boosted by Zeke’s 19 redzone rush attempts over the last 5 weeks.

Bettors should find familiar comfort betting again on Elliott against a Tampa Bay defense that is 7th worst in the league in redzone touchdown scoring percentage at 62.5% and an abysmal 71.43% through the last 3 weeks.

Similarly, a parlay pairing Ezekiel Elliott getting 2 touchdowns and Dallas to go over 23.5 points sits at +650. While not as reliably consistent as 1 TD games, Elliott has managed to score 2+ touchdowns 21 times in 103 career games.

Also, in 6 games since 2021, the Cowboys have not scored under 24 points when Elliott gets 2 or more touchdowns. In the event that Elliott is able to find the endzone twice through his consistent redzone usage, bettors will be able to hit big on the parlay odds of +650 at online betting sites for NFL.

For first touchdown bettors, Elliott offers +700 odds and during his 9-game touchdown streak, was the first scorer in 5 of them. With a 70% backfield share of rushes inside the 5, the Cowboys will rely heavily on Zeke to punch in short touchdowns, as they have throughout his entire career.