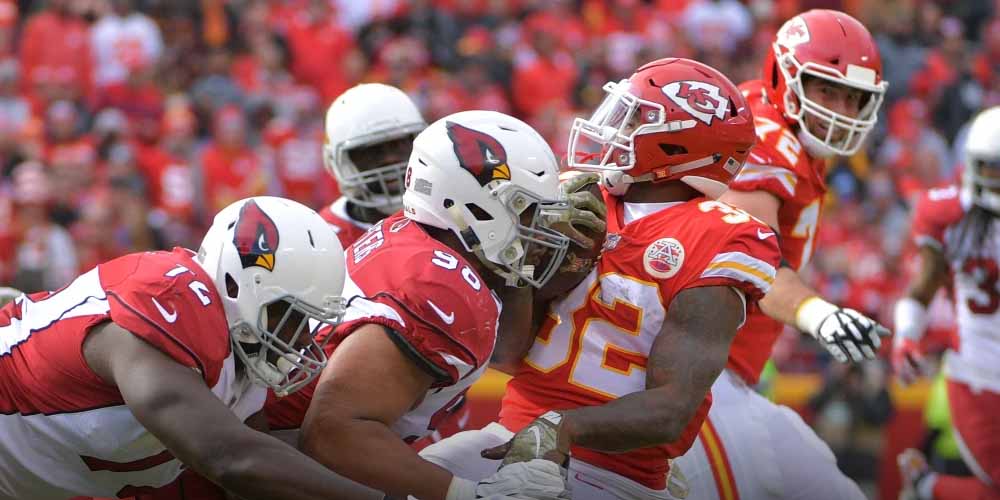 GLENDALE, Ari. – Preseason odds for Super Bowl 57 were offered the day after Super Bowl 56, and there are currently three teams that have +4000 odds to win. Although these odds may be long, the Philadelphia Eagles won the Super Bowl in 2018 with those exact odds.

The Arizona Cardinals, New England Patriots, and New Orleans Saints all have +4000 odds to win the Super Bowl, similar to each team’s 2021 preseason odds. With Super Bowl 57 in Arizona, the Cardinals could be the third straight team to win the championship in their home stadium.

The Arizona Cardinals found themselves going from +3500 preseason odds to +900 by the middle of the 2021 season. After they started the season with seven straight wins, the Cardinals lost four of their last five, along with superstar wide receiver Deandre Hopkins.

To avoid this for the 2022-2023 season, the Cardinals traded for AJ Brown, re-signed Zach Ertz, and will have a healthy JJ Watt in the lineup.

Since Kyler Murray has been in the NFL, the Cardinals’ win totals have been projected at least one win higher in all four seasons, and they have hit the over in the first three. Murray brought the Cardinals to the playoffs in 2021 in his third year, which was the first time the Cardinals had made the postseason since 2015.

Murray is entering his fourth year with playoff experience, and a healthy roster, giving value to his team +4000 underdog odds.

The Patriots also had a disappointing end to the season, losing to the Bills during the Wild Card round, by 30 points. Even with this loss, the future looks bright in New England with Mac Jones entering his second year in the NFL.

With three Super Bowls since 2014, Bill Belichick understands how to win big, and bettors will see if Mac Jones truly is the correct Brady replacement. Entering Week 17 of the 2021 NFL season, the Patriots were considered one of the Super Bowl favorites, at +1400.

The New Orleans Saints have been going through some changes over the last few years, with Drew Brees’ retirement, and Sean Payton stepping down last year. However, there is betting value in their 2023 Super Bowl odds.

The Saints are starting the 2022 season with a healthy Jameis Winston that has +425 odds to win comeback player of the year, barely ahead of teammate Michael Thomas who is at +750.

In addition, the Saints have acquired wide receiver Jarvis Landry from the Browns and safety Tyrann Mathieu from Kansas City.