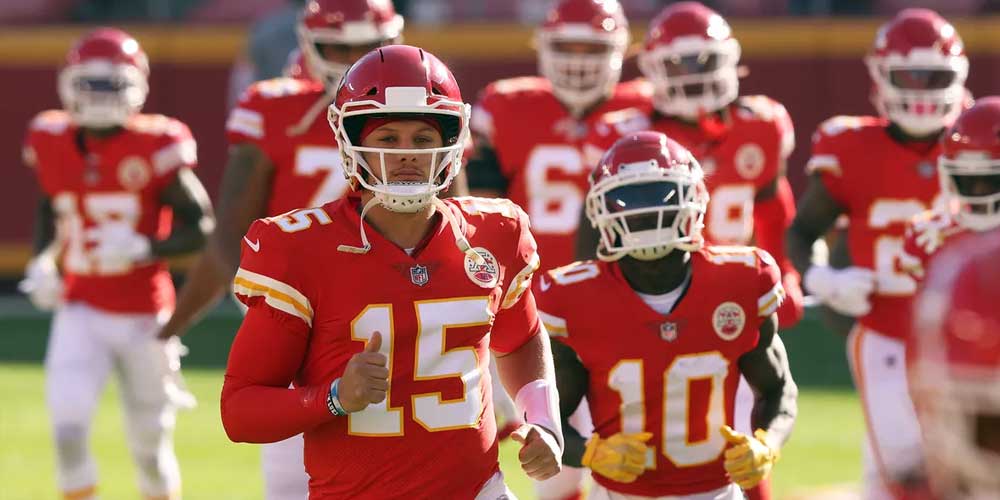 KANSAS CITY, Mo. — As the NFL playoffs are fully underway, the Super Bowl 55 odds have shifted accordingly to the remaining teams that have made it past the Wild Card Round of the playoffs.

NFL sportsbooks still have the Kansas City Chiefs as the favorites to win the Super Bowl and rightfully so as they have remained the favorite all throughout the regular season. The Chiefs also finished the season with a league-best 14-2 record.

It is only fair that the Chiefs are favored to win the Super Bowl now after the Wild Card Round as they now have a matchup against the Cleveland Browns where they are seen as the heavy favorites to win.

This matchup against the Cleveland Browns can be treated as a tune-up game for the Chiefs as they are seen as 10-point favorites against a Browns team that just won its first playoff game since 1995.
The Chiefs would then face off against the winner of the Buffalo Bills and Baltimore Ravens game in which they have already defeated both of those teams in the regular season. For an NFL bettor looking to make a safe bet with a reasonable profit, the Chiefs are going to be the safest bet.

As for the Green Bay Packers odds, they are right where they belong as they finished the season right behind Kansas City at 13-3. The Packers have put the entire league on blast behind the MVP play of Aaron Rodgers and his chemistry with Davante Adams who is making a case for the best receiver in the league.

The Packers are also fresh off of a bye week so they will be well-rested when they face the Los Angeles Rams in the divisional round where they are seen as heavy favorites as well considering they are dealing with quarterback injuries to both their starter and backup.

Being that the Packers have a nice matchup here, they could certainly use the momentum in this game to take down the winner of the New Orleans Saints and Tampa Bay Buccaneers game.

For those NFL bettors looking to make a risker, yet profitable bet, there are plenty of great teams to take the chance on here. Starting with the Buffalo Bills, they have really found themselves a new identity behind Josh Allen and their explosive offense and could give any team a run for their money.

Both New Orleans Saints and Tampa Bay Buccaneers could also be worth the risk here as both teams certainly have the weapons on offense and defense to give any of the top teams a run for their money as well. Not to mention they are led by two of the most decorated quarterbacks in the NFL in Tom Brady and Drew Brees.

Now for bettors that are really looking to cash out, the Baltimore Ravens odds should not be counted out either. Sure, the Ravens got off to a slow start to the season, but have since picked up the slack and look like their usual explosive team that they were back in the 2019 season having won six straight games. With that being said, Lamar Jackson and the Ravens are certainly worth any amount of money bet on the Super Bowl.