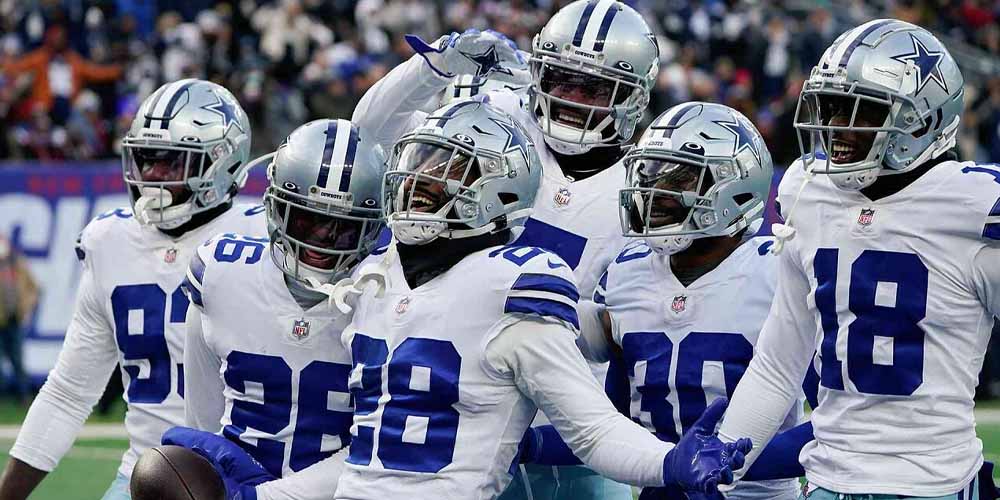 The Dallas Cowboys’ SB 57 odds have gotten longer, moving from +1300 to +1800 since SB 56.
The Cowboys let Amari Cooper go for effectively a fifth round pick, and let La’el Collins walk for nothing.
The Philadelphia Eagles added A.J. Brown, while the Tampa Bay Buccaneers brought back Tom Brady.

The Cowboys had lost to the San Francisco 49ers in the first round of the Playoffs, but the game was close, the 49ers made it to the NFC Championship Game before losing to the eventual Super Bowl Champion Los Angeles Rams, and there was general optimism about the Cowboys in 2022.

Now, however, their odds have gotten significantly longer.

What were the major driving factors in the Cowboys’ odds falling?

Tom Brady Came Back To Football

After the Super Bowl, the Tampa Bay Buccaneers had +2200 odds to win Super Bowl 57, as Tom Brady had announced his retirement.

Brady’s retirement was swiftly put off after the season, and he revealed that he planned to come back to the Tampa Bay Buccaneers.

The Buccaneers, who play in the NFC with the Cowboys, now represent a much more significant obstacle, with +700 odds to win Super Bowl 57.

In effect, Brady’s return to the field shifted the balance of power in the NFC, as the Buccaneers are now favored to win the conference outright.

The Philadelphia Eagles Went All In

The Philadelphia Eagles appear to be making a push for the NFC East, signing A.J. Brown to a $100M extension after trading for him on the first day of the 2022 NFL Draft.

While they have not managed to pass the Cowboys in terms of odds yet, the Eagles have +1000 odds to win the NFC, while the Cowboys have +900 odds to do so.

The NFC East itself is also close, and if history is any guide, the best path to playoff success for the Cowboy is winning the NFC East.

While outside forces have been discussed, and are the proximate causes of the odds drop that the Cowboys are suffering, this is only possible in the face of the Cowboys not doing much of anything to improve over the offseason.

The Cowboys let star WR Amari Cooper go for basically nothing, swapping sixth round picks with the Cleveland Browns and gaining a fifth round pick, which is notable given how much of a premium teams have placed on the WR position in the 2022 offseason.

They also released offensive lineman La’el Collins, who immediately signed with the Cincinnati Bengals on a three year, $21 million deal.

Given all of this, it’s possible that the Cowboys might actually be overrated, and NFL betting fans might expect even more of a drop later in the year.