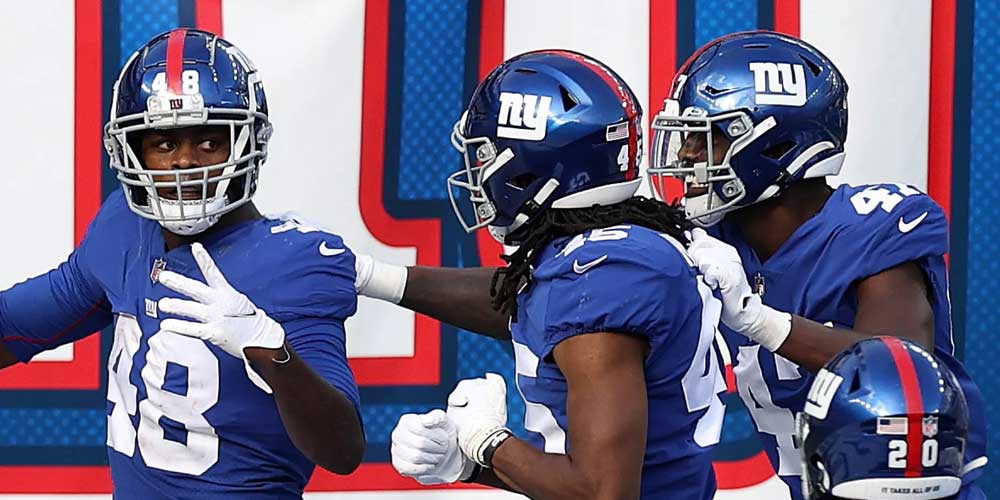 PHILADELPHIA – As the NFL season is in full effect, the teams of the NFC East are making their case for the laughingstock of the league.

As a division, they have a terrible combined record of 5-18-1.

With the NFC East performing absolutely awful, NFL sportsbooks have taken note of that and have set some embarrassing prop bets on the division such as the number of combined wins by all four teams in the regular season as well as how many wins the winner of the division will record.

There are also odds on if certain teams will go undefeated against the NFC East in the regular season.

Starting with the total wins by the division as a whole, the under is favored for a reason as already seven full weeks of the season have gone by and they have only managed to put up a combined five wins.

All four of these teams are struggling tremendously.

The Dallas Cowboys have lost Dak Prescott for the season, the Eagles are dealing with injuries in their receiving group, the Giants had Saquon Barkley go down for the season with a torn ACL and the Washington Football Team is dealing with some major confusion at their quarterback position.

Being that each of these teams has seen significant struggles early on and they do not seem to be turning around, taking the under here could be easy money.

As for how many wins the winner of the division will end up with, many might think that 6.5 games is way too low and that the over is the best bet to make. That should not be the case as risk-takers should be risking the under on this one.

Similar to the combined wins on the season for the division, the win total for each team is horrific. The Dallas Cowboys are leading the way with just two wins while the Eagles, Giants, and Washington all follow with just one win thus far.

Being that the Cowboys lead the division with just two wins, betting on the under could turn out beneficial.

Aside from the odds on the total wins for the season, there are also odds on if certain teams in the NFC West will go 4-0 against the NFC East this season.

Will The Cardinals Go 4-0 Against The NFC East?

Will The Seahawks Go 4-0 Against The NFC East?

Looking at the Cardinals, they have already gotten off to a great start against the NFC East as they defeated the Cowboys in Week 6 and took down Washington in Week 2 as well.

They still have meetings with the Eagles and Giants but those should not be a problem at all as the Cardinals have been steaming hot lately and are looking to make a playoff push.

Bettors can make some easy money here betting on the Cardinals to win against the Eagles and Giants.

As for the Seahawks, they already took care of business against the Dallas Cowboys as well and have the Giants, Eagles, and Washington to look forward to.

This should be a no brainer bet here in favor of them going 4-0 against the NFC East as they have been arguably the hottest team in the league as of late being that they are sitting at 5-0 right now.

Neither of these three teams have the defensive capability to contain the chemistry between Russell Wilson and DK Metcalf at all. That being said, bettors can take advantage of the longer odds here as well.