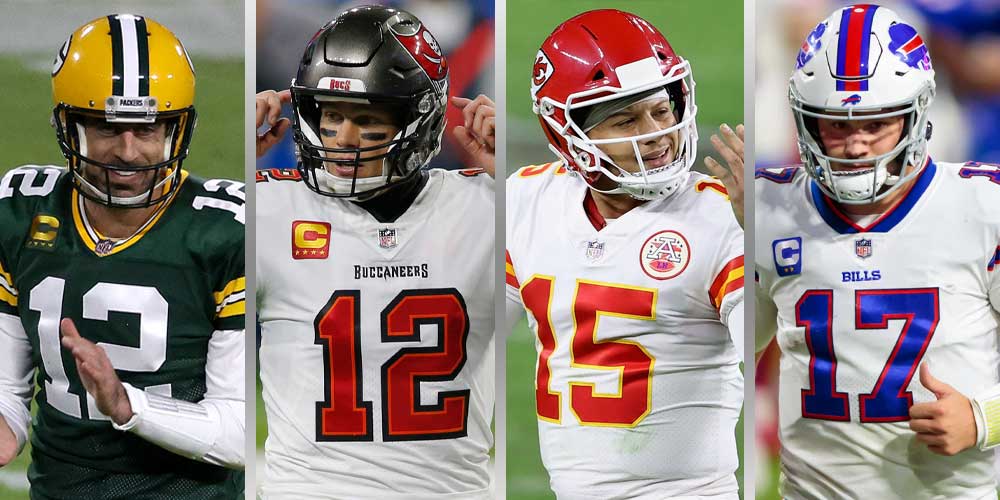 TAMPA, Fla. - With the regular season of the NFL finally coming to an end, NFL bettors can now look more closely into the NFL futures odds that are listed for the Super Bowl, AFC Championship and the NFC Championship.

Taking a look first at the playoff bracket for both the AFC and NFC, both the Kansas City Chiefs in the AFC and the Green Bay Packers in the NFC have earned a first-round bye week for finishing the season with the best records in their respective conferences.

Now with the playoff bracket set, looking at the Super Bowl odds, the Kansas City Chiefs lead the way with the shortest odds considering that they are not only the reigning Super Bowl champions but also because they lead the league with the best record at 14-2.

Following the Chiefs are the Green Bay Packers and rightfully so as they have been on an absolute tear this season with their 13-3 record behind the MVP play of Aaron Rodgers. They are also followed by the Buffalo Bills and New Orleans Saints who are the only other teams with Super Bowl odds under +1000.

Other longshot Super Bowl odds are out there as well such as the Seattle Seahawks who have proven that their offense can compete with anyone or the Pittsburgh Steelers who were the last remaining undefeated team this season.

The Kansas City Chiefs are the rightful leaders of the AFC Championship odds board however, there are other teams in the conference that can give them a run for their money such as the Buffalo Bills who have been surging and also have experience with the Chiefs this season.

There are also the Pittsburgh Steelers who own the best defense in the league and could hold the explosive Chiefs' offense in check.

All in all, the race to win the AFC Championship is all but done as it is just getting started.

Looking at the NFC Championship odds, the Green Bay Packers lead the way with the shortest odds to win. The Packers finished the season with the best record in the conference at 13-3 and will certainly look to back that up with a deep run in the playoffs.

The race in the NFC is heating up as well as there are three other teams with odds under +1000. The New Orleans Saints, Seattle Seahawks and Tampa Bay Buccaneers all follow the Packers and all matchup evenly with them as well as they all have the talent to do so.

As for the teams that do not have odds under +1000, the only team that could make a case for matchup up with the rest are the Los Angeles Rams as they have the defensive pieces to do so. With the playoffs set to begin in just under a week, now is the time for NFL bettors to get their Super Bowl betting action in before the odds begin to shift.