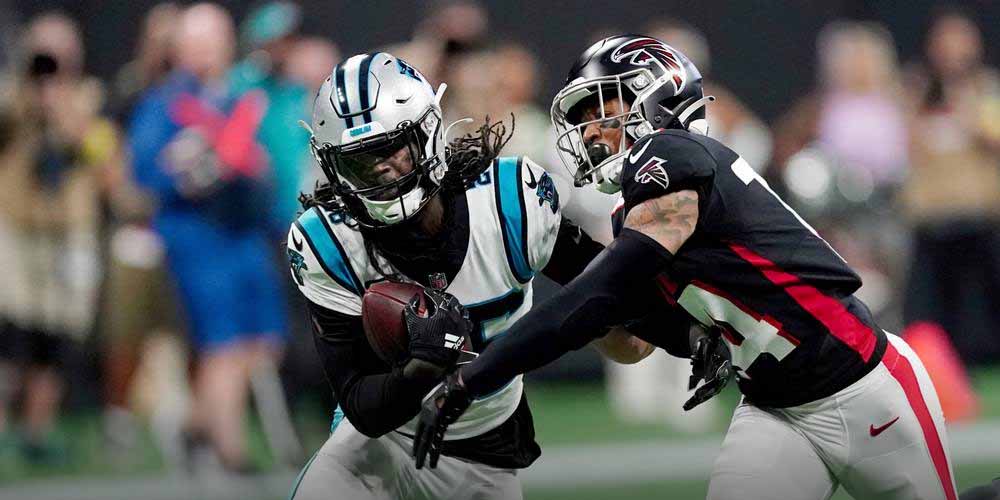 CHARLOTTE – The Atlanta Falcons and Carolina Panthers will meet on Thursday Night Football for the second time this season in an NFC South matchup where the Falcons are 3-point favorites to win the game. Although the Falcons are slight favorites on the normal gamelines, there is some tremendous value to be made betting on the alternate and quarter lines.

Starting with the first half, NFL oddsmakers have given the Falcons plus money to cover just three points in the first half over the Panthers and all signs are pointing towards them covering this without any issues. Starting with each of their offenses performances per first half, Atlanta is outscoring Carolina by a large margin in first-half points per game putting up 12 points per first half to Carolina’s 7.3. An even stronger indication of this is that in the last three games, the Falcons have been outscoring the Panthers by a whole 8 points compared to the 4.7 average.

Falcons Lead By 1-6 Points After 1Q

Surprisingly enough Falcons oddsmakers are giving bettors a chance to 3.5x their unit on the Falcons to lead by 1-6 points at the end of the first quarter when they are already just a 0.5-point favorite in the quarter, to begin with. The Falcons are one of the highest-scoring teams in the league in the first quarter at 5.2 points per opening quarter while Carolina scored 3.8 points less in opening quarters at just 1.4 points on average.

For those that are worried though that the Falcons could run away in the first quarter by more than six points shouldn’t sweat as the Panthers have the third-best first-quarter defense in the league. They are allowing just 2.2 points per first quarter and just 1 point per first quarter in their last three games.

13 points is tied for the highest set total of all four quarters in the game on Bovada and there is reason to believe that both teams are trending towards staying under. As it is, both teams combined second-quarter offense doesn’t even go over 13 points as they sit just under at 12.7 points per second quarter. Atlanta is averaging 6.8 points while Carolina is at 5.9.

Feeding into both teams playing poorly in the second quarter, their possession percentages each sit under 50%. Carolina is a 46.6% possession rate while Atlanta is at 45.3%. Each of them are also coming off of arguably their worst second-quarter performances of the season where the Falcons had just 28.2% of possessions in the second quarter while Carolina wasn’t much better at 33.4%.

Sticking with the Falcons keeping control to start off the second half, although they are averaging just 5 points per third quarter on the season, in four of their last seven games, they’ve been able to score 7+ points in the third quarter including a 13-point third quarter outing against the Panthers in Week 8.

Carolina is dead last in the league at a 35.3% third-quarter possession rate. In their last four games, the Panthers have scored just 10 total points averaging just 2.5 points in the third quarter across those games.

In shocking fashion, although the Falcons are favored and all trends have pointed towards them coming out on top in the game, the real value lies on the Panthers ML in the fourth quarter. This comes as the Falcons will likely have the lead going into the final quarter and coast to the final whistle.

The gap in possession percentage in the fourth quarter is also massive with Carolina holding possession 58.4% of the time over their last three games compared to Atlanta’s 34.5% which ranks last in the NFL.

Total First Half Points To Go Over 23 Points?