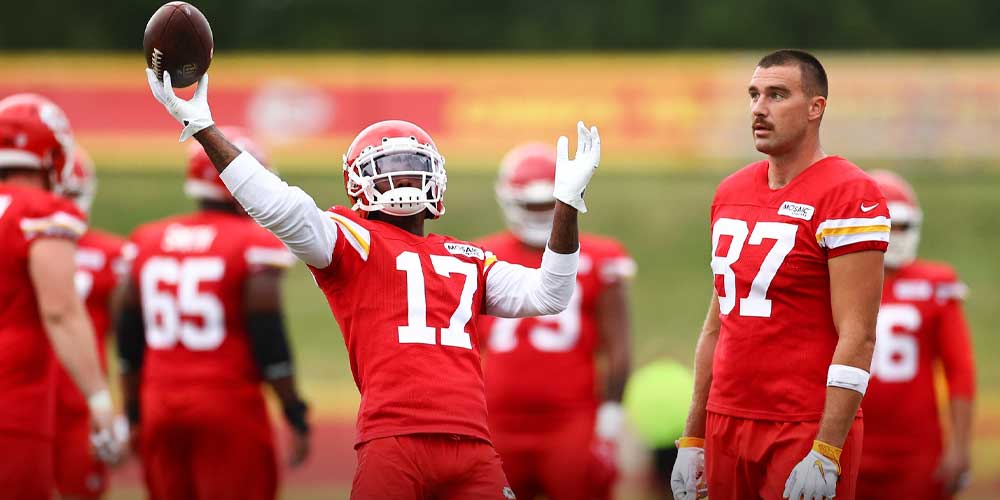 KANSAS CITY, Mo. — The Kansas City Chiefs are sitting at the top of the Super Bowl odds board being that they have been the top dog in the league for quite some time.

However, before jumping on the Chiefs' odds to win the Super Bowl, some factors could sway their odds in another direction.

The Kansas City Chiefs defense against the run has been lacking over the years. In the last five seasons, they have been a bottom-eight team in the league in rush yards allowed four times.

Last season, they finished the season allowing the 12th most rush yards per game at 122.1 ypg. With running backs around the league getting better and better every year, their defense could begin to break down and allow teams to run all over them.

Being that the Chiefs have been the top team in the AFC in recent years, teams around the conference have all been building their teams centered around stopping the Chiefs.

Teams like the Buffalo Bills, Cleveland Browns, and Baltimore Ravens have done a great job on both sides of the ball being able to adapt to what the Chiefs bring to the table.

Looking at how they have done on defense, the Bills and the Ravens sit ahead of the Chiefs in terms of total yards allowed while the Browns sit just two yards behind the Chiefs.

On offense, the Bills are second in the league in total points while the Ravens sit five points behind the Chiefs. The Browns remain on the up and coming, but are not far behind with their 408 total points last season.

All in all, the Chiefs will have a tough time making it out of the AFC which could be the difference-maker to why will not win the Super Bowl.