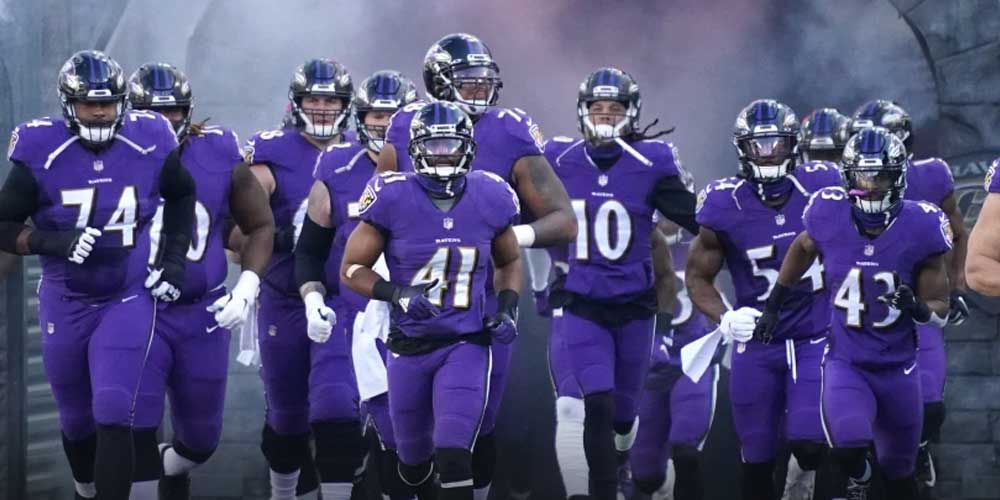 BALTIMORE — Make no mistake about it, the Baltimore Ravens have shown what they are capable of in recent seasons and have made a strong argument as to why they are considered Super Bowl contenders each season.

In the 2021-22 NFL season though, many might be able to argue that they are still far away from actually winning the Super Bowl and it is not hard to see that side of the argument either. Right now, Super Bowl 56 odds have the Ravens tied for the fourth shortest odds.

Looking at the Baltimore Ravens offseason, the team itself surely was hoping for a much better outcome. On the offensive side, they lost two key pieces to their offensive line in Matt Skura and Orlando Brown. For a team that is very run-heavy from Lamar Jackson and their running back committee, these losses are sure to come back and haunt them.

They suffered huge losses on defense as well. This Ravens defense was ranked second in the league in 2020 and is going to have a tough time filling the holes they lost in free agency.

Before the Ravens can even think about competing for a Super Bowl, they have to make out of their division first. The AFC North is shaping out to be one of the toughest divisions in the league and the Ravens could be facing trouble.

First off, the Cleveland Browns have finally come out of their shell after an 11-5 2020 season that saw them make a nice run in the playoffs. They have high expectations in the 2021 season and have shown that they can match up with the Ravens on both sides of the ball.

Now, before shutting out the Pittsburgh Steelers from being a threat to the Ravens, the one thing to remember is that of the teams in the division, the Steelers are the only ones to sweep the Ravens.

Many are also quick to forget that the Steelers started off hot last season at 11-0.

All in all, between the competition in their division, and a nightmarish free agency, the Ravens could quickly be out of the Super Bowl picture.