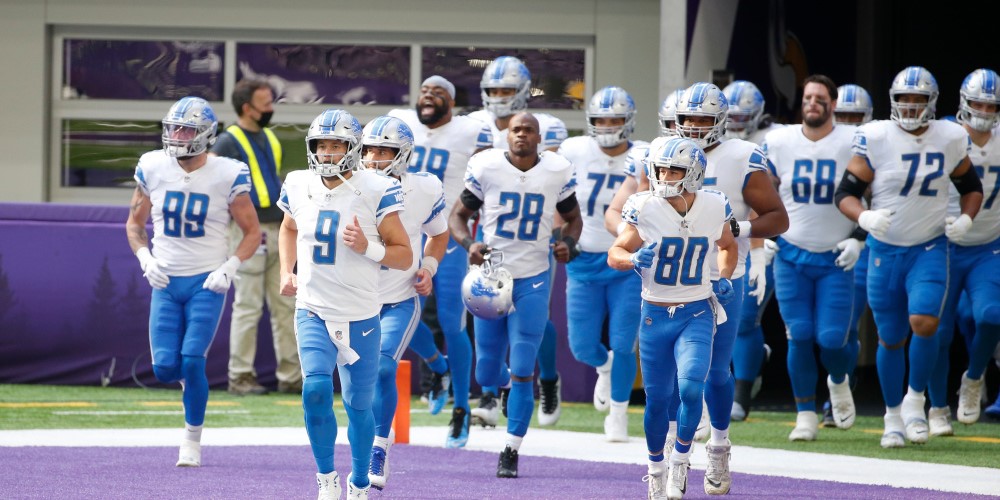 DETROIT- The Detroit Lions are supposed to compete for the No. 1 pick in the next NFL Draft as all signs indicate a disappointing season for the franchise.

The Detroit Lions went 5-11 in the 2020 season and finished last in the division. The team underwent a coaching change when Matt Patricia was fired along with the GM Bob Quinn.

The team has moved on from Matthew Stafford and will now turn to Jared Goff to run the offense. However, that is not the only roster move the franchise has made.

Whether the Lions got better or worse in the offseason is up for debate but most people would agree that the team will be taking a step back in the 2021 season. In that, the NFL betting sites seem to agree.

Only the Texans have a lower win total but since the UNDER is favored here, giving the Lions a chance to have the worst record in the NFL. With their low win total, it should be expected by fans and sports bettors to see the Lions struggle in their division this year.

The Lions have finished last in the NFC North in each of the past three seasons and haven’t won the division since 1993. Once all of the odds are connected to one another, it results in the Lions being a long shot to make any sort of playoff appearance.

Detroit Lions – To Make The Playoffs

The Lions haven’t made the playoffs since 2016 and haven’t won a playoff game since 1991. The franchise’s woes are expected to continue in 2021 and maybe even become more severe at that.