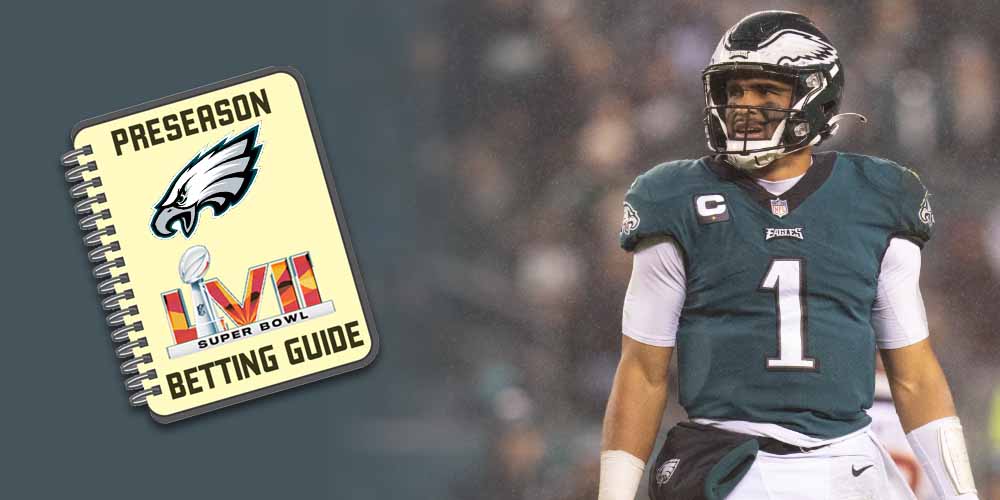 PHILADELPHIA – The Eagles currently have +2200 odds to win Super Bowl 57 after the second week of preseason games. They opened the season at +4000 and their odds have been shortening each week.

Part of this shift in odds across the boards is due to the 2022 NFL Draft trade where the Eagles acquired AJ Brown from the Tennessee Titans.

The wide receiver led the Titans in receiving yards at 869 and in receiving touchdowns with five during the 2021 regular season and should fit in smoothly with the Eagles' 2021 reception leader, DeVonta Smith.

With more help at wide receiver, Jalen Hurts has been given player props for the 2022-23 regular season that have value. His QB style of play opens up betting chances for receptions and rushing props and is one of the only QBs in 2022 that even has rushing touchdown betting props.