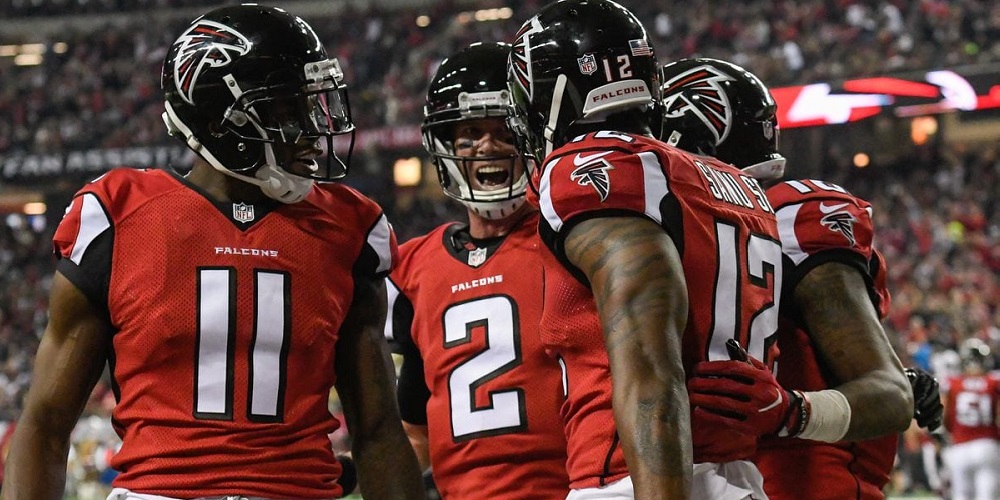 ATLANTA — The Atlanta Falcons have become the first team to announce that they are planning on playing one NFL game in London in the 2021 season. The 2020 London slate of NFL games were canceled due to the coronavirus pandemic.

Being that the Falcons are the first team to announce their plans to play in London, NFL bettors should look at different NFL betting trends for when teams make the international trip in order to make the best bet on NFL sportsbooks.

We will play at Tottenham Hotspur Stadium in London in 2021.

The Atlanta Falcons have played in London once before back in 2014 where they faced off against the Detroit Lions in a game where they went in being seen as 3.5-point underdogs. The Falcons did in fact cover the spread as the final score of the game 22-21 in favor of the Lions.

As for the total for points in the game, it was set at 45.5 which saw the Under hit.

One thing to keep in mind when betting on the NFL when teams play London games is the point total. Dating back to 2018, there have been seven games played in London. In those seven games, the point total has gone 5-2 in hitting the Under.

There could be a few reasons as to why the Under has hit more often than not. It could have to do with the long hours of traveling as this is a 10+ hour flight that these players are going through in which they could be left sluggish after.

Also, another factor could be the time change and jet lag. This affects anyone who travels internationally, especially NFL players who are used to waking up at specific times for practice and are always on a set schedule. With that said, the Under for any NFL London game could cash out bettors.

How The NFC South Has Done ATS In London?

When betting on the spread for an NFL London game, especially when betting on an NFC South team, bettors could be in line for some easy money.

There have been six NFL London games that have featured a team from the NFC South. In those six games that the NFC South has played in London, they have gone 4-2 against the spread.

Being that the Buccaneers are the only team who have not covered a spread when playing in a London game, bettors should be safe betting on the other NFC South teams such as the Atlanta Falcons the next time they play in London.