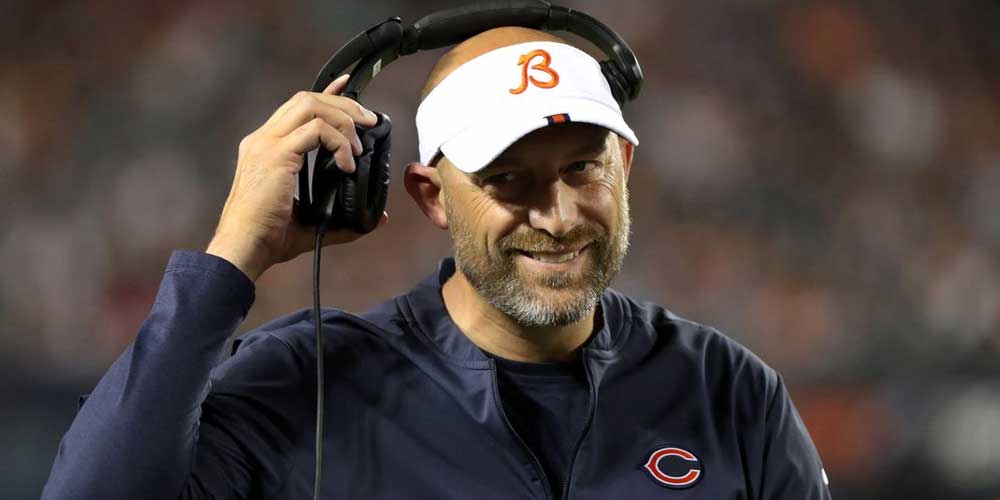 CHICAGO - The Chicago Bears have had an eventful offseason this far as they have moved on from Mitchell Trubisky and have brought in Andy Dalton as their new starting quarterback. One other offseason move that has surfaced is that their head coach, Matt Nagy, announced that he has regained play-calling duties after having them taken away in the 2020 season.

“I'm going to be the one calling the plays this year, and so I know that you'll probably be asking that, so we can just let you know that from the front end,” Nagy said in a zoom press conference.

With Nagy now taking over as the offensive play-caller for the Chicago Bears, bettors should be more and more cautious with their odds on NFL sportsbooks. Nagy was the play-caller for the Bears in the front half of the 2020 season until they went three-game losing streak in which he turned over play-calling to offensive coordinator, Bill Lazor.

From a betting standpoint, this decision certainly is an eye-opener for the Bears. It actually brings caution to those looking to bet on the Bears to win the Super Bowl, NFC Championship, and the NFC North division.

One area where bettors could become profitable when relating to betting on the Bears could be to bet against them, especially now with Nagy back in the play-calling picture. Bettors can feel comfortable betting against Bears on the moneyline as well as betting on the Under for any of their games being that a Nagy-run offense does not put up as many points as Lazor’s offense does.

Something to keep in mind about here is that being that Andy Dalton is the new starting quarterback for the Chicago Bears, Lazor could move back into the play-calling role given the relationship that he and Dalton have from their years on the sideline together with the Cincinnati Bengals.

With that said, there is still plenty of money to be made while betting with the Chicago Bears no matter who is calling the plays.