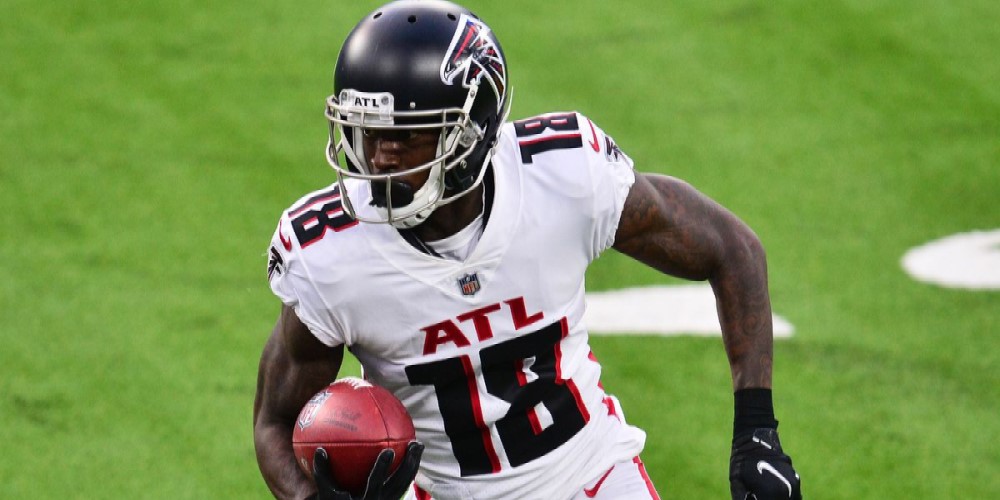 MIAMI – Despite a somewhat modest start to the season, Atlanta Falcons WR Calvin Ridley has a chance to right the ship this Sunday going up against the Miami Dolphins.

Calvin Ridley has -115 odds to go OVER 82.5 receiving yards against the Dolphins. Both Dolphins CB’s, Xavien Howard, and Byron Jones have been limited at practice all week. If either of these defensive backs cannot play on Sunday, expect Calvin Ridley and the Falcons to be at a massive advantage offensively.

Ridley has yet to hit a big ceiling this season, but it hasn’t been for a lack of opportunity. Ridley commands a 27% target share on the Falcons and has caught at least 7 balls in his last 3 games. In fact, Calvin Ridley ranks 3rd out of all WR’s in the NFL in expected fantasy points per game, signaling a big game performance from the athlete on the horizon.

Calvin Ridley sported an ADOT of 15 yards in his last matchup against the Washington Football Team. A combination of a high ADOT along with a huge target share makes Calvin Ridley an exceptional bet at NFL betting sites to go OVER 82.5 receiving yards on Sunday.

Coming in at $6600 on DraftKings, Calvin Ridley makes for an elite option to roster in both cash and tournament contests on Sunday. Ridley was routinely priced in the high $7k range last year, so DFS players can get Ridley this week at a nice discount.

Most DFS players will immediately look to either Cooper Kupp or Davante Adams at the WR position, so there is a chance that Ridley may not be as high-owned by players as he should be.

Considering Ridley’s prop total is only 13 yards less than Kupp and Adams, DFS players would be wise to take the steep discount with Ridley and bolster the rest of their roster elsewhere.

The Falcons take on the Dolphins on Sunday at 1 p.m. EST on FOX.